To read old books is to get an education in possibility for next to nothing.

Ask yourself what are the relevant topics you have yet to read good pieces on, and then try to find them and read them. Over time, your broader opinions will then evolve in better directions than if you focus on having an immediate emotional reaction to the events right before your eyes. The more tempted you are to judge, the higher the return from trying to read something factual and substantive instead.

Tyler Cowen on finding saner, more productive ways to relate to the news (if you must).

I like David Cain’s writing about the importance of re-learning:

I’m sure the Germans or the Japanese have a word that means, precisely, “Life-changing ideas that do not change our lives because we only read about them once, agree enthusiastically, and then forget them before we act on them.”

If not, we could use one. How many times has your mind been set ablaze by a profound truth from a book, podcast, article, or a speech, only for the idea to fade before you could do anything with it?

One thing I’ve been pondering lately: making space for good stuff I already know about. After I ported over thousands of old tumblr posts, the ongoing clean-up process has resurfaced a bunch of old stuff I forgot I ever experienced.

That wasn’t the way science fiction advertised itself, of course. The self-advertisement was: Technology! The world of the future! Educational! Learn about science! It didn’t tell you that it would jack your kid into this weird malcontent urban literary universe and serve as the gateway drug to J. G. Ballard.

And nobody knew. The people at the high school didn’t know, your parents didn’t know. Nobody knew that I had discovered this window into all kinds of alien ways of thinking that wouldn’t have been at all acceptable to the people who ran that little world I lived in.

Paris Review – William Gibson, The Art of Fiction No. 211

I read Greg McKeown’s Essentialism: The Disciplined Pursuit of Less, and I got some good ideas out of it.I suppose at it’s heart it’s about making decisions. “Less but better”. It’s a tough one to pull quotes from. Some of the best parts were a few graphics here and there. This was important:

Routine is one of the most powerful tools for removing obstacles.

I also like this idea of an “essential intent”. That is, some idea that’s both somewhat inspirational but also concrete. It gets you motivated… and you also know when you’re done. “Done right, an essential intent is one decision that settles one thousand later decisions”.

Maybe the most immediately practical part was a section on sayning “no”, where appeared this lovely bit of conversational judo:

Use the words “You are welcome to X. I am willing to Y.” For example, “You are welcome to borow my car. I am willing to make sure the keys are here for you.” By this you are also saying, “I won’t be able to drive you.” You are saying what you will not do, but you are couching it in terms of what you are willing to do. This is a particularly good way to navigate a request you would like to support somewhat but cannot throw your full weight behind. I particularly like this construct because it also expresses a respect for the other person’s ability to choose, as well as your own. It reminds both parties of the choices they have.

And this section on sleeping:

The best asset we have for making a contribution to the world is ourselves. If we underinvest in ourselves, and by that I mean our minds, our bodies, an dour spirits, we damage the very tool we nee to make our highest contribution. One of the most common ways people – especially ambitious, successful people – damage this asset is through a lack of sleep. […] While there are clearly people who can survive on fewer hours of sleep, I’ve found that most of them are just so used to being tired they have forgotten what it really feels like to be fully rested.

Guilty as charged. Reminded me, I realized this over Christmas vacation recently, when my previously typical 6-6.5 hours of sleep each day ballooned to 10-11 when I didn’t have any constraints. I felt like a different human being and now I’m all about that 8hrs every day. Worth a read.

I read John McPhee’s Basin and Range, and really liked it. He’s just a ridiculously great writer. Big chunks of the book tie in with a road trip he takes with a geologist named Deffeyes. They stop a lot and look at rocks.

Deffeyes said, “Let’s Richter the situation,” and he got out and crossed the road. With his hammer, he chipped at the rock, puzzled the cut. He scraped the rock and dropped acid on the scrapings. Tilted by the western breeze, the snow was dipping sixty degrees east. The bedding planes were dipping twenty degrees east; and the stripes of Deffeyes’ knitted cap were dipping fifty degrees north. The cap had a big tassel, and with his gray-wisped hair coming out from under in a curly mélange he looked like an exaggerated efl. He said he thought he knew what had cause “that big goober” in the rock, and it was almost certainly not a manifestation of some major tectonic event – merely local violence, a cashier shot in a grab raid, an item for an inside page.

There’s a lot of neat historical parallels, like how geology’s growing understanding of deep time put humanity in our place, just like over in biology, natural selection was having a similar effect. It’s 300 pages about rocks, y’all. This is one book of a four-part series collected in Annals of the Former World and I’m very, very tempted.

I read the first 1/3 or so of Per Petterson’s Out Stealing Horses, but then I came to a chapter where I predicted what was going to happen within the first couple pages. When my prediction turned out to be right, I tried to press on but interest dwindled too quicky. Lovely writing about nature, though. I like this, too:

Time is important to me now, I tell myself. Not that it should pass quickly or slowly, but be only time, be something I live inside and fill with physical things and activities that I can divide it up by, so that it grows distinct to me and does not vanish when I am not looking.

I read ~1/3 of Kim Stanley Robinson’s Aurora, and no further. Got distracted by other books and never found my way back.

I read Ricardo Piglia’s Target in the Night and I liked its blend of paranoid detective mystery/family drama. Shout-out to Deep Vellum for the translation. 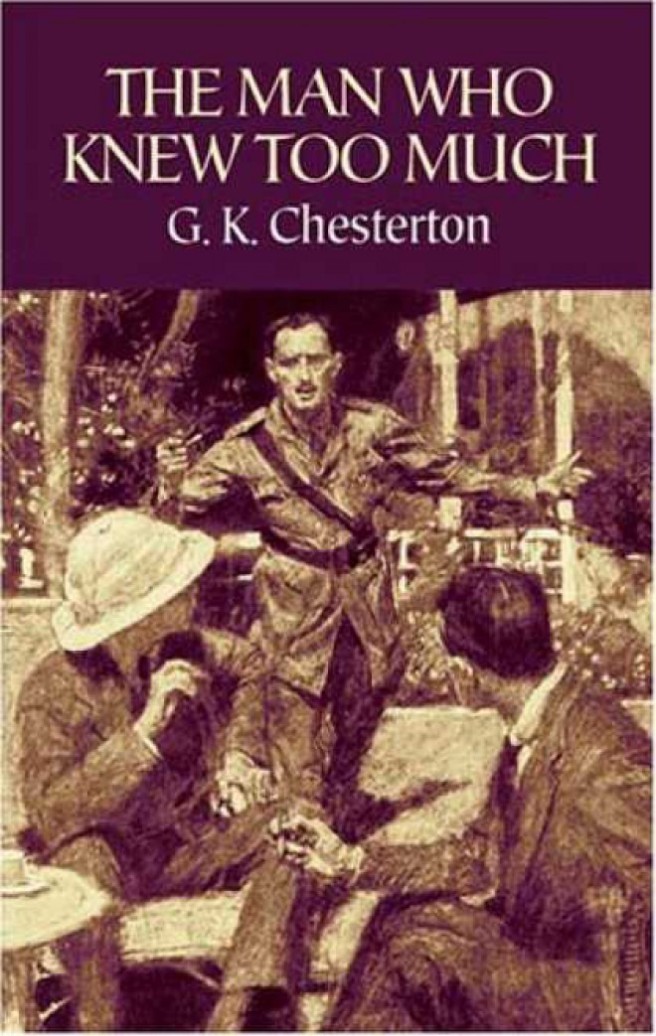 I read GK Chesterton’s story collection The Man Who Knew Too Much, and it was a lifesaver. I picked this book on instinct right before I took off on a flight. When I was doing my final packing the morning of my trip, none of the books on my nightstand felt right. All the books at the airport looked dumb. It was a crisis. Then I remembered Project Gutenberg. I skimmed through some of the top/popular lists, clicked on some names I recognized, and a few seconds later I had a handful of options ready for travel. A good collection of fun, cynical mysteries, usually with some laconic or mordant humor. There’s usually some corruption at the heart of things. If you ever find yourself in a pinch, Gutenberg has you covered. 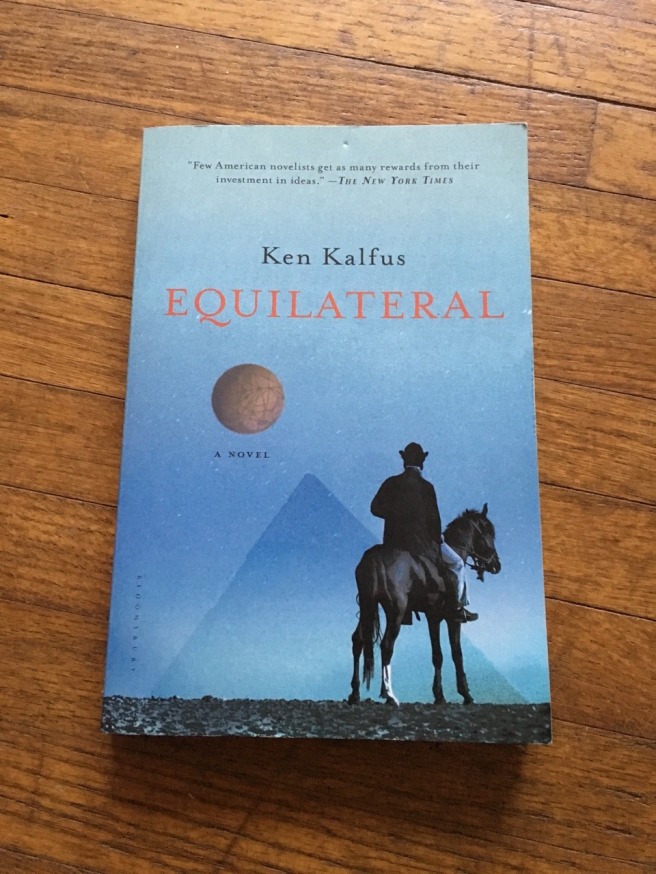 I read Ken Kalfus’ Equilateral, and thought it was worthwhile. A 19th century engineer coordinates the construction of a giant continent-spanning triangle built as a signal to Martian civilization. There’s a faint kinship with Euphoria (which I loved), in its blending the romance, science, and exploration.

I read a good bit of The Book of Strange New Things, and found a lot of it really good, but didn’t stick with it. The concept – a Christian missionary goes to another planet… and… well, you’ll have to find out. I might, too. 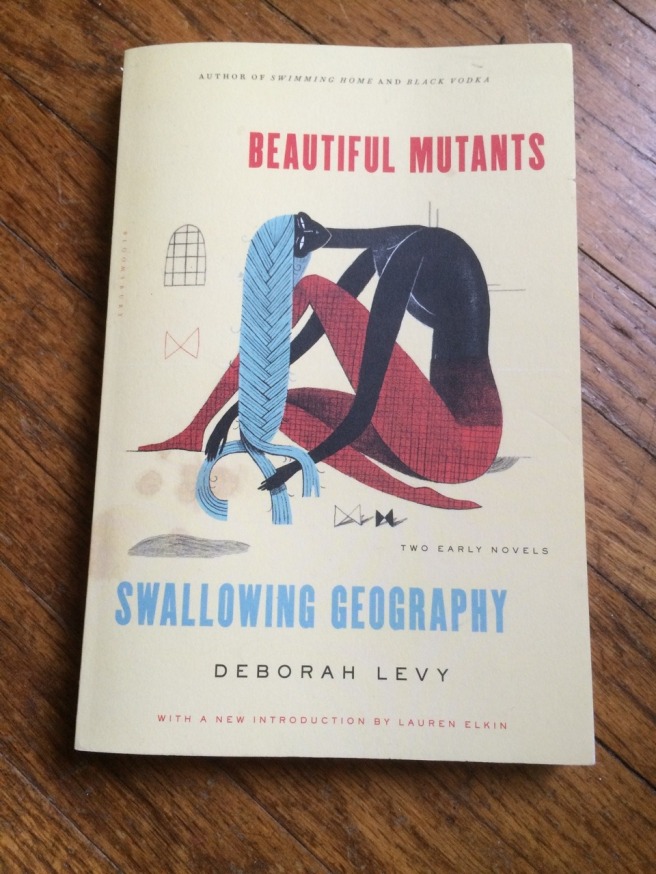 I read some of both halves of Beautiful Mutants and Swallowing Geography: Two Early Novels, and didn’t finish either one. Maybe too rough or biting for me at the time.

I read Elmore Leonard’s Out of Sight and it was just what I needed. Fun crime/love caper with great dialogue, always moving to the next thing. Makes me want to watch the movie again.

I read Kim Kardashian West’s book Selfish, and can’t help but like her more. (I’ve never watched the TV shows, and only know the bare sketches of her bio and place in culture at the moment.) I think any book of portraits of just one subject would have a similar effect. Just another human gettin’ by.

I read Koji Kondo’s Super Mario Bros. Soundtrack and had felt many feelings. Overall a bit dry and academic. If you were obsessed with games of the era (I’m guilty), you probably know too much industry history to find anything new here in the first half, and you’re already sold on the cultural import. The second half focuses more on the music itself, and digs into music theory a bit more… but if you know a good bit about music already, it also feels like… just not enough. It still made me very nostalgic, though, and for a while I convinced myself I need to buy a Wii U or something.

I read a quarter of Paula Hawkins’ The Girl on the Train, and bailed. I’m pretty sure I won’t finish, anyway. Might grab it again later to make sure I’m not missing out. For now, on to the next.

Loved this essay from Clive Thompson. The part about exporting his marginalia into a little mini-book is very intriguing. And how compelling reading changes our habits:

The phone’s extreme portability allowed me to fit Tolstoy’s book into my life, and thus to get swept up in it. And it was being swept up that, ironically, made the phone’s distractions melt away. Once you’re genuinely hankering to get back to a book, to delve into the folds of its plot and the clockwork machinations of its characters, you stop needing so much mindfulness to screen out digital diversions. The book becomes the diversion itself, the thing your brain is needling you to engage with. Stop checking your email and Twitter! You’ve got a book to read!

Reading War and Peace on my iPhone