One key reason why we struggle to see progress in the world today is that we do not know how very bad the past was.

I loved this dive through the history of pockets and gadgets and little daily conveniences we keep with us.

There are days when postwar art his­to­ry starts to sound like a Classic Rock radio station. 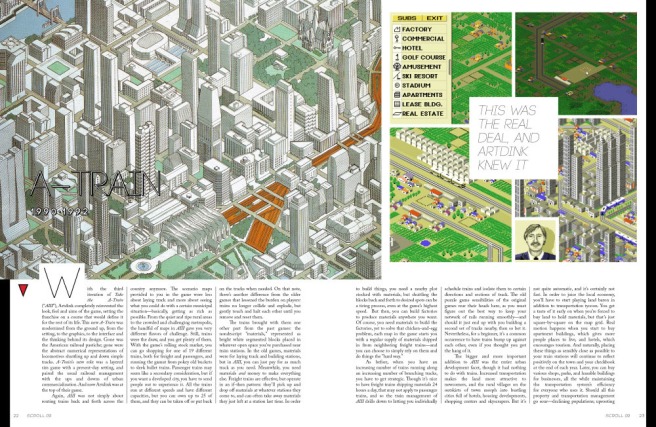 If there is one thing history has consistently taught us it is that pitting groups against each other makes for great news and lousy cities.

Who Needs a Loser to Win? :: Boxcar Grocer

Gibson-Faulkner space = “The future is already here—it’s just not very evenly distributed.” × “The past is never dead. It’s not even past.”

How Motion Pictures Became the Movies 1908-1920. Homework! References and filmography.

When he was twenty-two, Bram Stoker read and fell in love with Walt Whitman’s poetry, finding solace and joy between the covers of Leaves of Grass. And, like many fans, he wanted the connection that he felt to Whitman to be real. Late one night, cloaked in the comfort of darkness, Stoker poured his soul out to Whitman in a shockingly honest letter that described himself and his disposition. That letter, when Stoker finally mustered the courage to mail it, would begin an unexpected literary friendship that lasted until Whitman’s death.

The Web We Lost – Anil Dash

Great interview. I’ve been slowly working my way through The Histories lately, and this attitude reminded me of Herodotus:

If I were simply to present these people talking about the deep past at face value, an historian would almost immediately say, “Gourevitch was taken in by these guys and their spin on history.” But to me what’s interesting—and the way I’ll present it—is that this is how they are invoking and recounting their inheritance, which may or may not be historically accurate. […] It’s an identity story as much as an accurate history.

On memory and moving on:

There’s a kind of fetishization of memory in our culture. Some of it comes from the experience and the memorial culture of the Holocaust—the injunction to remember. And it also comes from the strange collision of Freud and human rights thinking—the belief that anything that is not exposed and addressed and dealt with is festering and going to come back to destroy you. This is obviously not true. Memory is not such a cure-all. On the contrary, many of the great political crimes of recent history were committed in large part in the name of memory. The difference between memory and grudge is not always clean. Memories can hold you back, they can be a terrible burden, even an illness. Yes, memory—hallowed memory—can be a kind of disease. That’s one of the reasons that in every culture we have memorial structures and memorial days, whether for personal grief or for collective historical traumas. Because you need to get on with life the rest of the time and not feel the past too badly. I’m not talking about letting memory go. The thing is to contain memory, and then, on those days, or in those places, you can turn on the tap and really touch and feel it. The idea is not oblivion or even denial of memory. It’s about not poisoning ourselves with memory.

There’s no such thing as a story all by itself. Stories don’t exist in solitude—they exist in relation to other stories.

Very few things happen at the right time, and the rest do not happen at all: the conscientious historian will correct these defects.

Herodotus, or so Mark Twain would have us believe in the intro to A Horse’s Tale. Reminds me of Oscar Wilde in The Decay of Lying:

The ancient historians gave us delightful fiction in the form of fact; the modern novelist presents us with dull facts under the guise of fiction.

Lord help me I just started reading the Histories.

What can it mean to devote oneself to a discipline that likes to think that it is timeless, that it has cheated the centuries, the millennia?

@jennylish: “The price of accurately sourcing quotations is also eternal vigilance! (via)

Thomas Jefferson didn’t say this.  But strangely enough, I’ve discovered a whole string of quite famous people who did say this, which makes it seem even odder that the attribution got pinned on a relatively obscure figure like [Wendell] Phillips.

William Gibson referred to history as “that other form of speculative fiction”. Came across it in his new collection that I have been and will continue quoting for a while. (via)

Excerpt from the Annals of St. Gall, a yearly chronicle from an early-medieval Frankish monastery: 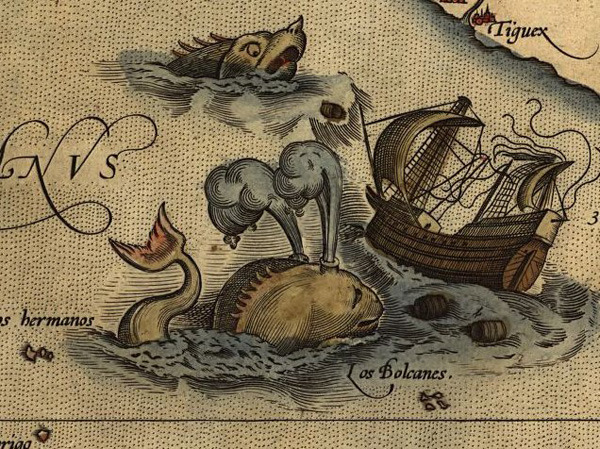 The ghost at the banquet of all public commemoration is always politics—above all, the mobilization of solidarity […] It is about the reaffirming of group loyalty rather than the establishing of historical accuracy, let alone the presenting of an event in all its moral and political complexity.

After 9/11: The limits of remembrance—By David Rieff (Harper’s Magazine)

If you want to understand foreign policy, read history, not the newspaper. When you read history, you get distance. You learn how events looked to people at the time – and how wrong they usually were.