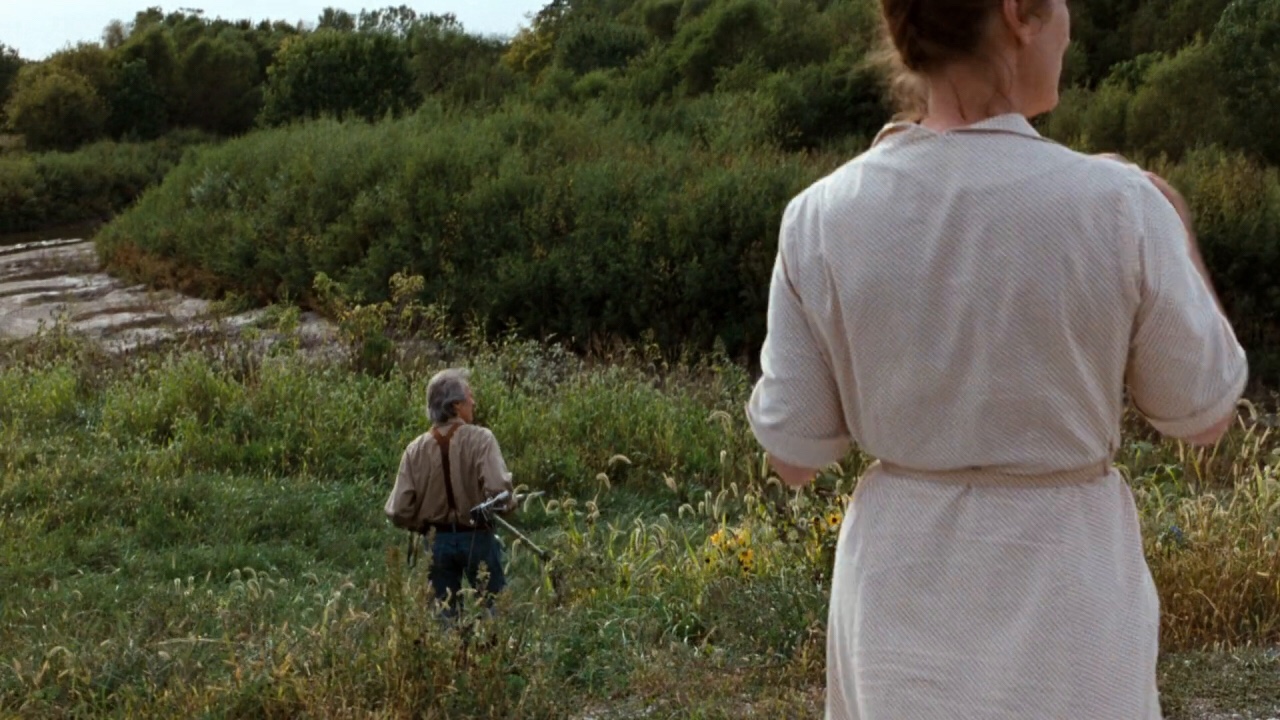 The Bridges of Madison County. I kinda hate myself for saying this but I think Streep gets under my skin a little bit. The micro-mannerisms. I just about eye-rolled myself inside-out when she closed the fridge with her foot. Still, a lovely little doomed romance. A story of acceptance. I like the way it just sorta relaxes into the story and takes its time even though it covers such a short time period. I’d say this is better than maybe half of the Clint Eastwood movies I’ve seen.

The Good, the Bad and the Ugly. Such a lovely mix in this movie. You’ve got one-liners, goofball slapstick, melodrama, real drama. Those mournful interludes on the Civil War battlefront hit hard this time around. :’(

Absolute Power. A jewel thief witnesses the President murdering his mistress. I’d put this in the upper middle-class of movies Eastwood has directed. 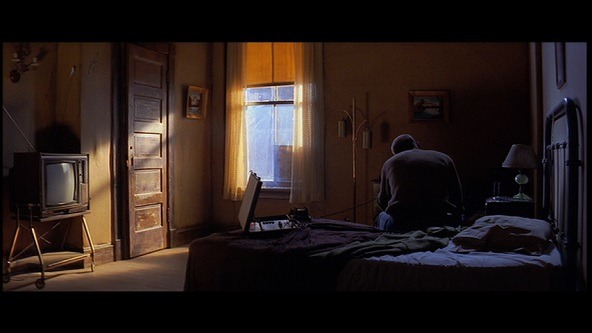 In the Line of Fire. Cat, mouse. Better than I’d hoped. I still can’t jive with Malkovich, though.

American Sniper. Not as good as other Eastwood movies with similar thematic material. Broken heroes, the toll of duty and violence, and what it is to have a noble but misunderstood purpose, and so forth. Perhaps this and Selma share some common values? The fake babies are really distracting and completely baffling. Forewarning: there are parts of this movie that will be unbearable if you’re sensitive about violence against children. And if you aren’t… WTF? If I were choosing among 9/11 fallout movies, I’d rather watch Zero Dark Thirty again. Another movie with a great sandstorm climax is Mission: Impossible – Ghost Protocol.

Unforgiven. My second viewing. This time around I got to see it on the big screen and it’s glorious. Previously.

Deserve’s got nothin’ to do with it.

Sergio Leone and Clint Eastwood on-set of The Good, The Bad, and the Ugly (1966)

Million Dollar Baby. I’ve had this near the top of my Eastwood rankings for a while, but I started to wonder if I was due for a reevaluation. It’s good, but I think memory rounded off some of the rough edges.

Rankings are getting a bit absurd, but I think you can safely say that numbers 1-4 are in the must-see tier, 5-8 are worthwhile, 9-11 you can safely skip, while only 12 is what I’d call straight-up bad.

Deserve’s got nothing to do with it.

An anecdote from his work on A Perfect World:

Costner was a big star who had agreed to make an art film while Eastwood was determined to make a Clint Movie, and they were at cross-purposes. Finally, Eastwood called Costner from his trailer for a scene, and Costner told him to wait — that he wasn’t ready.

“Find his extra,” Eastwood said, “and put a shirt on him.”

He wound up shooting the scene with the extra — with the extra walking through a field, and the camera so close to him he became a blur. Then Costner emerged from his trailer and announced that he was ready to work. “Never mind,” Eastwood said, “we’re moving on.” 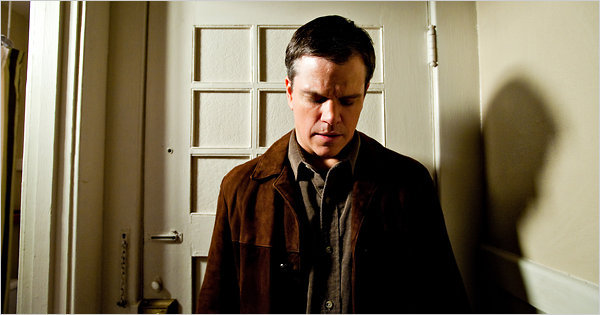 Hereafter. The ending is way too cute and coincidental, but the journey there is decent and it has a good premise treated seriously. The opening tsunami scenes are rightfully praised, but the cooking scenes were the real stand-outs for me. Excellent acting and directing there. The two boys are a little wooden, but I probably shouldn’t pick on kids. I recognized that Clint Eastwood did the score within about 4 seconds. Speaking of, it’s been a while since I last saw an Eastwood film. Updated rankings for stuff he’s directed:

The Gauntlet. They used at least 300-thousand-million bullets in this film. It’s not the best Clint Eastwood movie I’ve seen, not by a long shot, but I went in with appropriate expectations. It’s just a fun and highly ridiculous road trip movie with a loser cop and a clever prostitute. We need more helicopter chases in movies. Interesting parallels with Frank Capra’s It Happened One Night. Check out that promo poster!

My updated rankings for Eastwood’s directing:

High Plains Drifter. This is one of those movies where you have to remember that the protagonist doesn’t always reflect the values of the real, actual live human being director. Here, the Stranger kills three guys and rapes a woman within, oh, 10-15 minutes. It’s not the most subtle movie you’ll ever see. Honestly, I finished this one out of a sense of obligation and curiosity because I love westerns and I love Clint Eastwood. This was the second movie he directed, after Play Misty for Me. Aside from a few excellent parts here and there, this one is more enjoyable when reading and thinking about it after you’ve watched it than while actually watching. It doesn’t all hold together so well. Comparing this to his directing work in the 1990s and 2000s is like night and day. That said, objectively awesome bits include a great opening mirage entrance scene, a spooky, eerie score that would fit right in with a horror or 1950s scifi movie, and the tough guy one-liners. Speaking of tough guys, I really need to make some time for the Dirty Harry flicks… 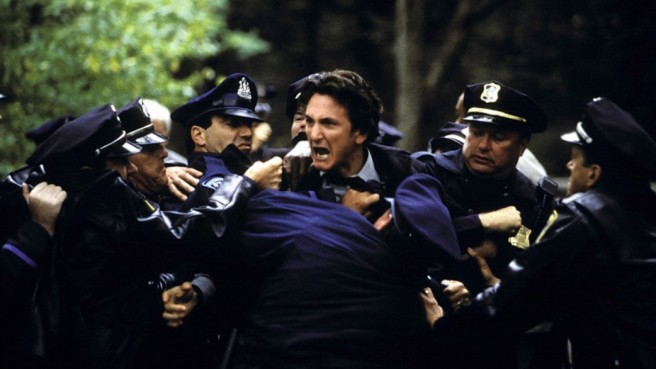 Mystic River. Great movie. Dang. I was immediately convinced this one would be worth it. On the surface it’s a whodunnit crime thriller kind of thing, but by the end it’s beside the point. It’s about hurt and healing, history and fate. My respect for Clint Eastwood grows with every film I watch. My overall impression is that he just seems to use his time really well, which is not a small compliment. I also realized during the movie that the score was recognizably Eastwoodian–I hadn’t known he wrote it before I started watching, but it’s definitely got his touch there, too. And I can’t not mention the kickass cast that kicks ass like you think they would: Penn, Robbins, Bacon, Fishburne, Linney. Good stuff.

My updated rankings for Eastwood’s directing:

I think I’ve seen more movies directed by Eastwood than anyone except for Hitchcock (also 9 movies) and Spielberg (20-something!). Buster Keaton and Tim Burton come in at 6 and Martin Scorsese and Christopher Nolan at 5, if I’m remembering correctly. Can’t think of anyone else with more than 4 right now.

Changeling. Man, Clint Eastwood has a steady hand. He will take his damn time and everything will be in its place. He even did the music. There’s no razzle-dazzle here, it’s just firm, reliable storytelling. I’m glad he didn’t go into the more lurid aspects of the story, focusing more on building your outrage and indignation. You only see one death in full and its impact caught me off-guard. Heavy stuff. Angelina Jolie is excellent. The only other Jolie films I’ve seen are one of the Tomb Raider films (ugh) and Mr. & Mrs. Smith (eehhhh), so this was a nice change.

My current rankings for Eastwood’s work as director: 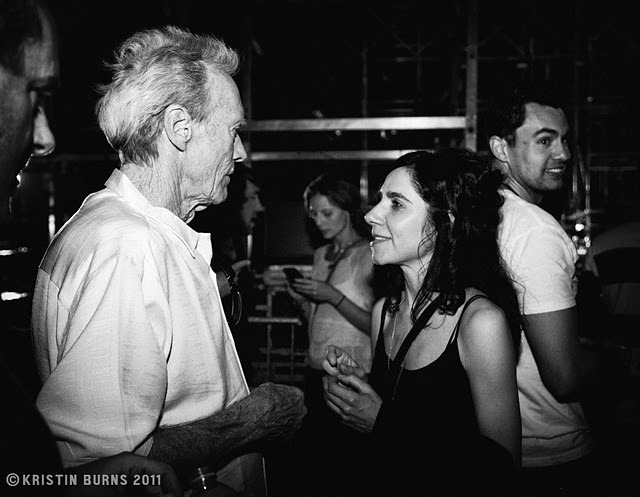 “Is Eastwood an exploitation filmmaker with aspirations to importance, or an artist who uses violent action to entice viewers into experiencing his films’ more complex aspects?” Part two.

Kingdom of the Blind: Revenge missions in the films of Clint Eastwood by Matt Zoller Seitz – Moving Image Source

“Is Eastwood an exploitation filmmaker with aspirations to importance, or an artist who uses violent action to entice viewers into experiencing his films’ more complex aspects?” Part two.

Kingdom of the Blind: Revenge missions in the films of Clint Eastwood by Matt Zoller Seitz – Moving Image Source

Six years ago Wikipedia started with a radical idea. That’s true. I ain’t promising you nothing extra. I’m just giving you life and you’re giving me life. And I’m saying that men can live together without butchering one another.

Now remember, when things look bad and it looks like you’re not gonna make it, then you gotta get mean. I mean plumb, mad-dog mean. ‘Cause if you lose your head and you give up then you neither live nor win. That’s just the way it is.

Dyin’ ain’t much of a living, boy.

Please consider a generous donation to the Wikimedia Foundation.

UPDATE: Download the Safari extension by Troy Gaul that puts this on Wikipedia. After installing, see it in action here.
(via Daring Fireball)