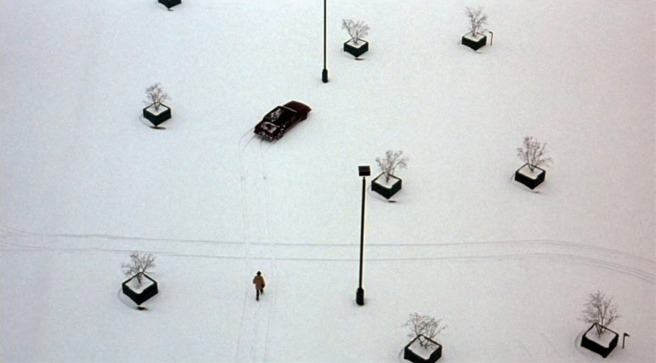 Fargo. First off, how is this movie 19 years old now? Second, it’s great. Some of the gee-golly-dontcha-know Midwestern charm doesn’t age as well, but it does a wonderful job of nudging these great characters along, and switching between their scenes. McDormand and Macy are geniuses. I realized when watching this time that Stomare’s Grimsrud character is something of an early variation of Waingro, and anticipates their own rendition of Chigurh, too. As for the based on a true story part:

If an audience believes that something’s based on a real event, it gives you permission to do things they might otherwise not accept.