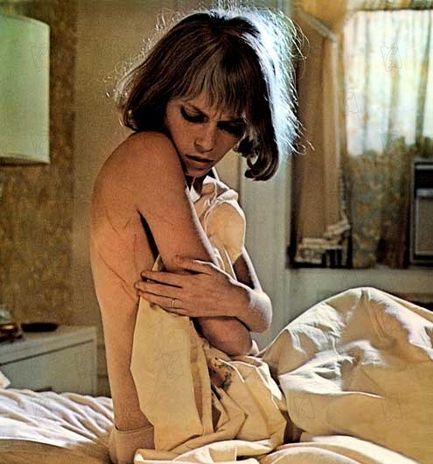 Rosemary’s Baby. This is one creepy movie. It’s mostly a nice, slow tiptoeing towards a dreadful end rather than occasional surprise-attack horror nonsense. Ebert says:

This is why the movie is so good. The characters and the story transcend the plot. In most horror films, and indeed in most suspense films of the Alfred Hitchcock tradition, the characters are at the mercy of the plot. In this one, they emerge as human beings actually doing these things.