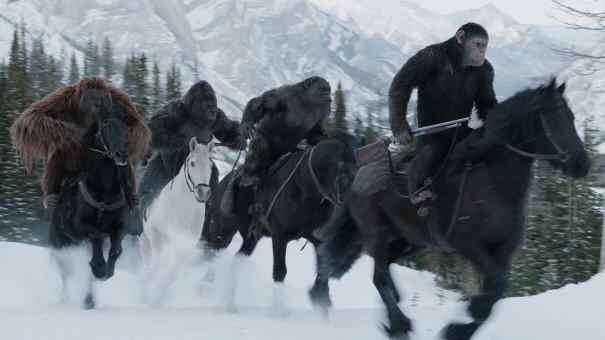 War for the Planet of the Apes. Kind of a bummer. At first I was really into the melodrama. Eventually, it became very tedious. It seemed like they were stopping for a sappy moment every 5-10 minutes. The Gollum/Jar Jar ape didn’t help. I also don’t understand why a crucial character uses a crossbow in a world with guns. Another hang-up was that I couldn’t figure out how the world fit together. That’s one thing I liked about Rise… and Dawn… – the geography was clear. You knew who was where. This one started in those awesome rainforests, then moved to a snowscape, and then to the Sierras? Or Tahoe? The previous ones were strong in that they felt like our world. I don’t know what happened to it here. Bummer. Filed under: Planet of the Apes.