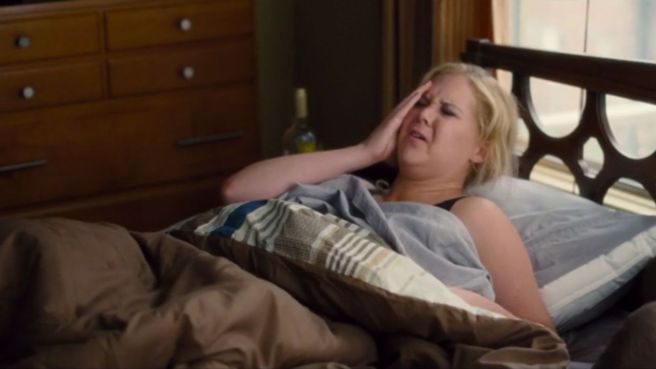 Trainwreck. Gonna sound like a total old man, but this is a mess. I walked out of the theater thinking, “Okay, that was fun here and there”, and as the week went on I got more and more annoyed. Vulgarity can be fun, but it’s not enough. There’s some super lame homophobic/racist stuff. The main character seems to despise her sister’s child and husband for no good reason. Surprisingly frosty relationship. Interesting that it opens up with strong resistance to anything resembling slut-shaming… and then tells a story leading to a very traditional redemption and triumph. Acting-wise, Schumer is better than I expected. Hader every bit as good. LeBron is magnetic, but his character is just weird. Better writing would have helped him shine. In general, the celeb cameos are lame. There is some lovely physical comedy, though. Like early on, walking down a shitty sidewalk in heels, and a triumphant moment on the boat. And later one, putting an average person next to pro perfomers, and seeing how they compare. That’s great stuff. But the scene exists as a dance ex machina (sorry), and doesn’t work. Where did she find time for that? No idea why Ezra Miller exists in this story. Blah. Cf. The Age of the Jokeless Comedy