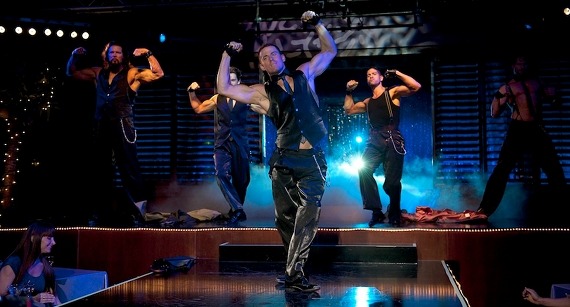 Magic Mike. Soderbergh! Best movie ever about the economy and strippers. I’d rank this one behind only Haywire and Out of Sight. You’ve got Tatum’s stripper-slash-roofer-slash-artisan muddling through, but it’s hard to change course when he’s great at something he doesn’t love that’s still addicting in its own way. You’ve got Pettyfer’s teenage socially-tone-deaf bro drifter who’s having a great time being showered with money and attention–at long last! You’ve got McConaughey’s (too?) serious entrepreneur-impresario-emperor. There’s the promise of Miami as the great mythical somewhere else where things are different, some future day. Just a few more nights and then…? Contrast these three with Horn, who takes a more cautious, realist, rooted approach to every day’s compromise. She’s awake in daylight, she works and reads and goes out to dinner and enjoys a glass of wine at home. Hard and boring is okay. Pairs well with Spring Breakers.