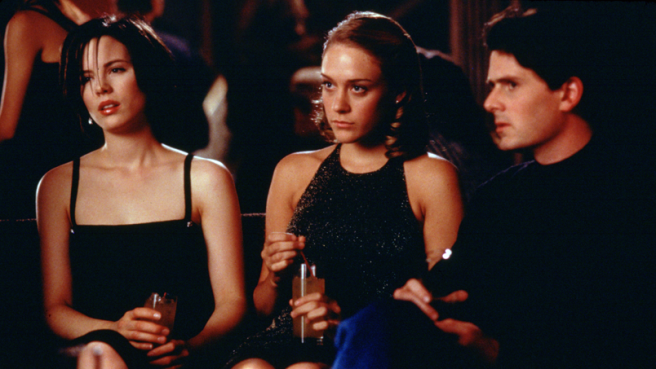 The Last Days of Disco. I loved Whit Stillman’s Metropolitan. (At this point I might as well complete the semi-trilogy with Barcelona). This one isn’t quite as fun or funny as Metropolitan, but it still has that same well-paced, compulsively watchable slice-of-life-ness to it. Some of the old characters reappear, slightly older, but still as earnest and floundering and full of shit. Sevigny’s character Alice is the most grounded of the lot. Worthwhile. And it’s got an UNDENIABLE SOUNDTRACK. Criterion essay. Ebert says:

The underlying tone of the film is sweet, fond and a little sad: These characters believe the disco period was the most wonderful period of their lives, and we realize that it wasn’t disco that was so special, but youth.