Stills from Thief. Filed under: Thief. 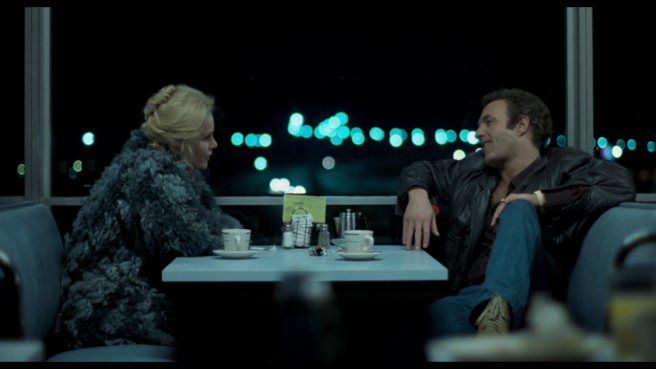 Thief. So great. This was the first time I’d noticed a couple cameos from Manhunter stars: Dennis Farina (Manhunter’s Jack Crawford) as a henchman and William Petersen (profiler Will Graham) as a bouncer at the bar where Caan is late for his date. A few other nice camera/editing odds and ends I appreciated this time around:

Lie to no one. If there’s somebody close to you, you’ll ruin it with a lie. If they’re a stranger, who the fuck are they you gotta lie to them?

Caan comments on Frank’s manner of speaking and how he never uses contractions. He and Mann determined Frank was a man who was trying to make up for lost time, and his way of speaking slowly, methodically, and clear makes it such that he never has to repeat himself. […] “You knew he didn’t say anything he didn’t mean”.

30 Things We Learned from the ‘Thief’ Commentary | Film School Rejects 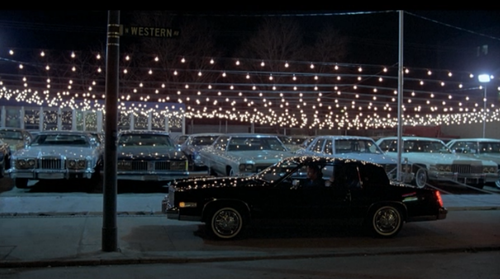 Thief. Hell yeah. Fun stuff. Some good writing here and a great Tangerine Dream soundtrack. I love how the camera kind of zones out every now and then and the movie is all form (like the welding climax). I also like that this thief isn’t an MI-style sneaky ninja techno-athlete (or some kind of capoeira breakdancer coughOcean’sTwelvecough). He’s an old man. He’s got a limp. He wants to have a wife and kid. He uses power saws and hammers and welding torches. I forget how cool James Caan is. And Willie Nelson is in it! You can definitely see the influence on Drive.