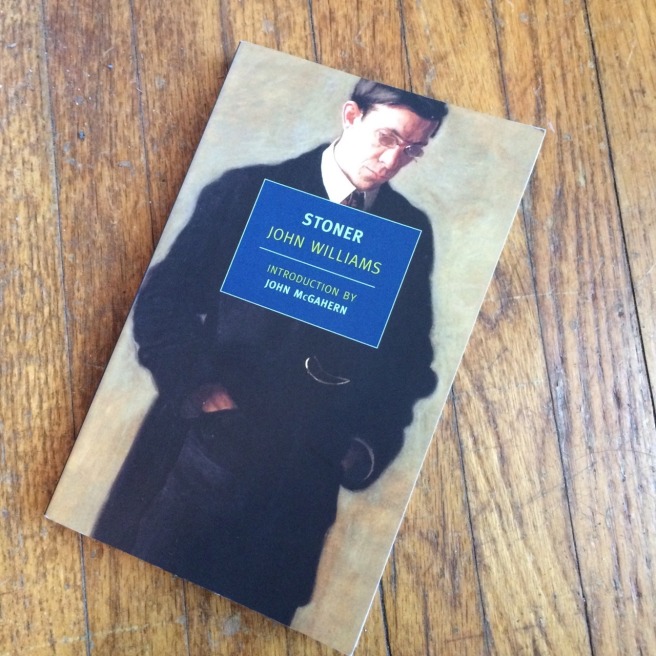 I read John Williams’ book Stoner, and found it strangely mesmerizing. So direct and plain and sturdy and beautiful. A couple lines that liked, that also capture something of its directness. At dinner with friends:

They became a little drunk; they laughed vaguely and sentimentally; they saw each other anew.

While the hero rehabs his house and office, the importance of the spaces we create:

Other smart people agree that this book is great. It was Dean Peterson’s write-up that gave me the final nudge to buy it. Got on my radar when I heard about it from Austin Kleon, Ben Casnocha, Steve Almond, Tim Kreider, et al.