The Cine-Files » THE TINNITUS TROPE: ACOUSTIC TRAUMA IN NARRATIVE FILM.

How—if at all—do increasing or changing representations of acoustic trauma articulate with changing notions of nation, security, and warfare? Tinnitus is the top disability in American troops returning from Iraq and Afghanistan and untold numbers of westerners have experienced it after terrorist attacks in New York, Madrid, London, and Boston. It does seem plausible that consequence-free cinematic explosions began to strain credulity (not to mention morality) after such attacks, even for those who have not directly experienced acoustic trauma. Tinnitus offers an economical representation of trauma in films that aspire to some level of realism and empathy—and in fact, researchers view tinnitus and PTSD as related. Could a nation’s trauma be sounding in the ears of its onscreen heroes?

Yet here is a most crucial piece of knowledge regarding sound quality: Transmitting electricity is easy, moving air is hard.

Choosing an audiophile amp and DAC are difficult because audiophiles will tell you a great deal of unscientific wine-tasting descriptions of how each component sounds, then recommend whatever they bought.

Two Ridiculous Headphones and a Pile of Schiit – Marco.org 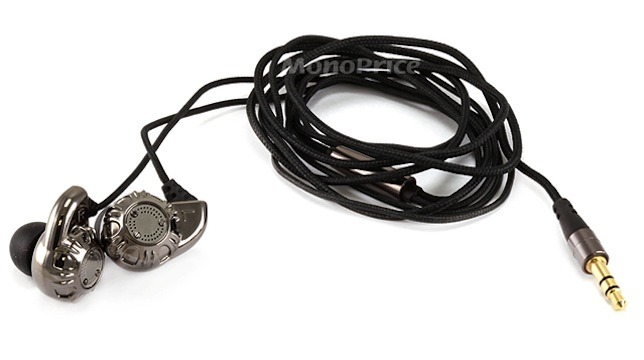 Best Headphones Under $30 | The Wirecutter. I bought these on @wirecutter’s advice and don’t regret it one bit. The best $8 I’ve spent this year? They’ll be used for travel and office, mostly, as I only need something with decent isolation that doesn’t take up space and won’t fall out of my ear. I only have one pair of worthy over-ear headphones, so they stay at home. If I left those at the office or in a hotel or something I would be reduced to tears.

Champ harmonique / Harmonic fields. I love sound sculptures! (When I discovered The Song from the Hill, it became one of my favorite albums that year.) Via the always-satisfying BLDGBLOG. More in the Guardian

I prefer the pink and the brown/red noise. They’re all great for the office.

SimplyNoise.com – The best free white noise generator on the Internet.