Yet here is a most crucial piece of knowledge regarding sound quality: Transmitting electricity is easy, moving air is hard.

Demo of Beat It composed using only Michael Jackson’s voice

As Jackson couldn’t fluently play any instruments, he would sing and beatbox out how he wanted his songs to sound by himself on tape, layering the vocals, harmonies and rhythm before having instrumentalists come in to complete the songs.

One of his engineers Robmix on how Jackson worked: “One morning MJ came in with a new song he had written overnight. We called in a guitar player, and Michael sang every note of every chord to him. “here’s the first chord first note, second note, third note. Here’s the second chord first note, second note, third note”, etc., etc. We then witnessed him giving the most heartfelt and profound vocal performance, live in the control room through an SM57. He would sing us an entire string arrangement, every part. Steve Porcaro once told me he witnessed MJ doing that with the string section in the room. Had it all in his head, harmony and everything. Not just little eight bar loop ideas. he would actually sing the entire arrangement into a micro-cassette recorder complete with stops and fills.”

Reasons why I laugh when people say he wasn’t a real musician. 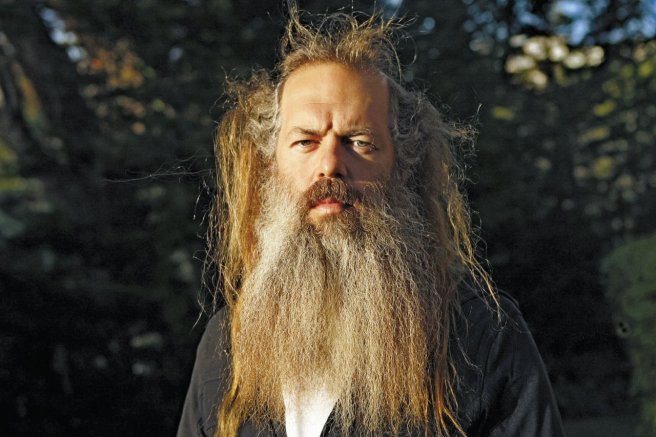 An interview with Rick Rubin

I never decide if an idea is good or bad until I try it. So much of what gets in the way of things being good is thinking that we know. And the more that we can remove any baggage we’re carrying with us, and just be in the moment, use our ears, and pay attention to what’s happening, and just listen to the inner voice that directs us, the better. But it’s not the voice in your head. It’s a different voice. It’s not intellect. It’s not a brain function. It’s a body function, like running from a tiger.

So how would you describe your role as a producer, in general?

Just as fan. Making music that I want to hear. You’re so close to something when you write it that it’s hard to have any perspective on how it hits someone else. My job is to be a professional version of the outside world—a listener who is not attached to any of it, who doesn’t know the story of how it was written, who doesn’t know how it works, who doesn’t know why this is important to you.

On stripping things down:

There’s a tremendous power in using the least amount of information to get a point across.

So great. That part about being a “professional version of the outside world” reminded me of Jeremy Denk’s New Yorker essay about recording, and how hard it is to get perspective. A favorite quote:

In the moment of playing, the logistics of just hitting the notes distract you somewhat from the continuous choices you are making. In the edit you have nothing but choice. And yet you feel helpless, since everything has already been played.

And since he talked about Kanye, remember the rules: No hipster hats. No acoustic guitar in the studio.

In the moment of playing, the logistics of just hitting the notes distract you somewhat from the continuous choices you are making. In the edit you have nothing but choice. And yet you feel helpless, since everything has already been played.

Flight of the Concord: The perils of the recording studio by Jeremy Denk – The New Yorker

We’re building the ultimate
database of sampled music, remixes and cover songs. Dig deeper into music by discovering direct links among over 116,000 songs and 44,000 artists, from Hip-Hop and R&B via Electronic Music through to Rock, Pop, Funk, Soul, Jazz and beyond.

I wish I’d known about this site a long, long time ago.

Bit by bit I’ve dissected Obama’s self-read autobiography into thousands of very short phrases, usually one to ten words or so, and have used these snippets to tell a completely different story from the original. I’ve then set the story to music. The story is called Son Of Strelka, Son Of God. Broadly speaking, it tells the story of an ugly dog-faced demigod who recreates the world after it is destroyed. It’s about thirty minutes long, and lies in some weird grey area between audiobook and electronic music.

Son Of Strelka, Son Of God (Narrated by Obama) – A Free Audio Story

My daughter just turned 16 years old, and you can see it on MTV’s [‘My Super Sweet Sixteen’], where they get cars, and things that depreciate and just don’t mean nothing. I wanted to give my child something that she can grow and build and nurture. So I gave her her own label.

Episode 15 – The Sound of the Artificial World

Without all the beeps and chimes, without sonic feedback, all of your modern conveniences would be very hard to use. If a device and its sounds are designed correctly, it creates a special “theater of the mind” that users completely buy into. Electronic things are made to feel mechanical. It’s the feeling of movement, texture and articulation where none exists. We talk with Sound Designer Jim McKee of Earwax Productions about the art of designing organic sounds for inorganic things.

I just found 99% Invisible a few weeks ago, and I’m now depressed that I’ve caught up on all the episodes. Great show, and the sound design is top-notch. This episode is one of my favorites.

Chairman Mao’s 30 Greatest Hip-Hop Demos. I know the instinct is to complain about these things and surely my inner nerd is gritting his teeth on some fronts but come the fuck on… I hadn’t even heard a good chunk of this stuff. And they have entire tapes up there! Just be excited, listen and stfu.

How did I not know about this? Essential reading for recording geeks.

Dang. Time to fire up the Instapaper.

All of Mix Magazine’s “Classic Tracks” in one place

Neil Young was on Weekend Edition saying that Bob Dylan gave him a copy [of Goodbye, Babylon]. That actually freaked me out more than the Grammys. I almost fell on the floor.

I endorse this criticism, particularly regarding the uniformity of timbre/texture/tempo. And/or I’m just old and cranky and don’t understand kids these days. (via)

With Girl Talk, we get that blissful moment of recognition without having to suffer through the next three minutes and thirty seconds remembering exactly why it hasn’t been Hammertime for more than a decade now.

Girl Talk’s insistence on not being a pure DJ is a key to why the music sounds like it does, why it has only one speed, one timbre, and one density: if he lets a sample or phrase or loop breath on its own without some kind of additional percussion or secondary element, he is violating his own semantic scruples. Rule Number One of Girl Talk Club: Everything must be mashed at all times or otherwise the whole musique concrete / “art compounded from other art” rationale falls away, and Gillis is “just a DJ.”

This was intriguing, but has maybe been true for decades:

With Girl Talk compositions, one wonders how much of Gillis’s ease is a testament to his technical prowess, and how much is just an articulation of the fact that pop music has become increasingly standardized.

Forget art. The question is, without a public hungry for the references, is Feed the Animals anything at all? Does Girl Talk hold up as “music” without all the extratextual information? If you had no idea about mash-ups or hip-hop or “No Diggity” or “Epic” by Faith No More would you really be all that impressed? It would just be a long stream of unstructured pop drone. Imaginary straw-men that have lived in a underground bunker for fifty years would totally hate Girl Talk!

July 16, 1989 article by Hans Fantel. He writes about a CD his father gave him, a Vienna Philharmonic performance of Mahler’s 9th–the very show that they’d attended together 50 years earlier, which also happened to be the last the Vienna Philharmonic would give before Hitler rolled in.

But it wasn’t the music alone that cast a spell over me as I listened to the new CD. Nor was it the memory of the time when the recording was made. It took me a while to discover what so moved me. Finally, I knew what it was: This disk held fast an event I had shared with my father: 71 minutes out of the 16 years we had together. Soon after, as an “enemy of Reich and Fuhrer,” my father also disappeared into Hitler’s abyss.

That’s what made me realize something about the nature of phonographs: they admit no ending. They imply perpetuity.

All this seems far from our usual concerns with the hardware of sound reproduction. But then again, speculating on endlessness may be getting at the purposive essence of all this electronic gadetry – its “telos,” as the Greeks would say. In the perennial rebirth of music through recordings, something of life itself steps over the normal limits of time.

No hipster hats. No acoustic guitar in the studio.

Kanye West during the making of My Beautiful Dark Twisted Fantasy. Photo By Nabil Elderkin. (via)

David Byrne’s successful book, Bicycle Diaries, probably would have sold just fine as a traditional audiobook, as well. However, never one for the status quo, Byrne wanted to do something a little more interesting than simply reading the book in silence and releasing it as a download or cd. Instead, he looked to other successful audio formats for inspiration, namely NPR shows that incorporate scene sounds and podcasts.

I was pretty ambivalent about the book, but maybe ambient sound would have kicked it up a notch, especially for a work so linked to its geography. Great idea. Download the intro and hear some samples.

If you’ve some means of slowing the LP down – like a direct drive turntable – you’ll suddenly find yourself listening to a sexy young black guy with a cool guitar sound – less of paranoid gabbler, more of a human being

With the disclaimer that I’m not *supersuper* into old blues, I find these *much* better than the earlier, speedier versions.

Here’s a little chart I made. Glenn Gould recorded two remarkably different versions of Bach’s ‘Goldberg Variations’. The 1955 version is fast, virtuosic, and energetic (even frenetic). The 1981 version is deliberately paced and elegant. They are both dizzying masterpieces.

Most people prefer one over the other. On an average day, I will favor the 1981, but only by about 5%. I am very glad that both of them exist.

A State of Wonder was one of my favorite albums of 2008. I’ve been meaning to go back and listen through again, but alternating between the 1955 and 1981 versions for each variation. I think I also prefer 1981 recording.

When the last recording studio goes, what will go with it? | Word Magazine

In which Barry White “cordially invites yo ass” to something or other at Paul Quinn College. Archival outtakes ftw.