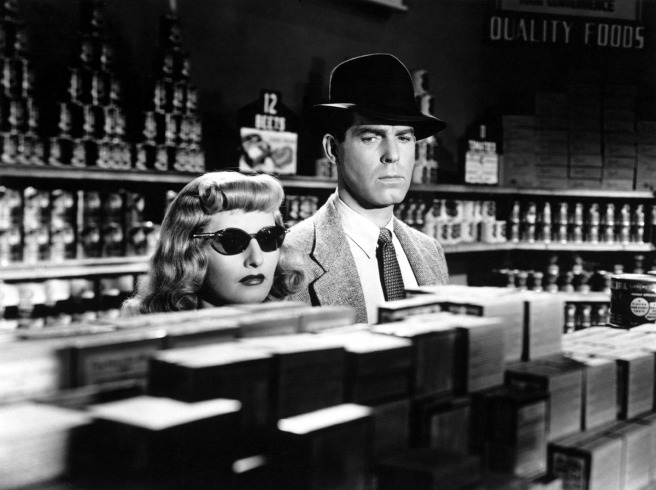 Double Indemnity. So dark, and so funny. They don’t write’em like this anymore. This was my second viewing, and it’s worth a third. Previously.

It might reasonably be said that all art at some time and in some manner becomes mass entertainment, and that if it does not it dies and is forgotten. 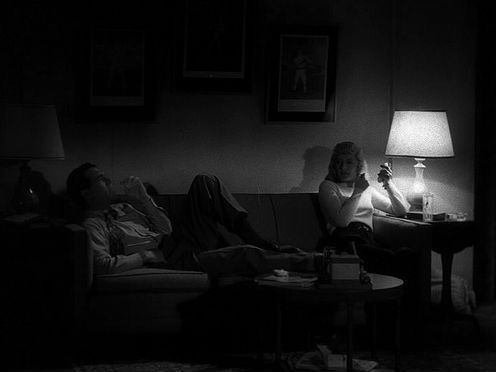 Double Indemnity. This one is very good. Very cynical, not as nearly as complicated as some other noir, just a tight, direct story. You have to wonder why the characters let themselves get caught up like this. They might wonder the same thing. Good performances all around, but again I find myself especially impressed with Edward G. Robinson. The other time I saw him was in Key Largo.

Chandler on the detective story and how it resists criticism. This bit reminded me of Joan Acocella’s recent article about Stieg Larsson:

The murder novel has also a depressing way of minding its own business, solving its own problems and answering its own questions. There is nothing left to discuss, except whether it was well enough written to be good fiction, and the people who make up the half-million sales wouldn’t know that anyway.

A bit cynical, but there you go. Also provocative:

There are no vital and significant forms of art; there is only art, and precious little of that. The growth of populations has in no way increased the amount; it has merely increased the adeptness with which substitutes can be produced and packaged.

Everything written with vitality expresses that vitality; there are no dull subjects, only dull minds. All men who read escape from something else into what lies behind the printed page; the quality of the dream may be argued, but its release has become a functional necessity. […] I hold no particular brief for the detective story as the ideal escape. I merely say that all reading for pleasure is escape, whether it be Greek, mathematics, astronomy, Benedetto Croce, or The Diary of the Forgotten Man. To say otherwise is to be an intellectual snob, and a juvenile at the art of living.

See also Woody Allen on escapism. The next-to-last paragraph about the nature of the crime/detective story hero is also worthwhile.