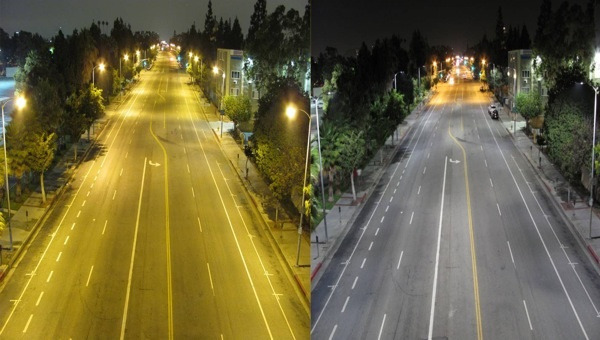 Why Hollywood Will Never Look the Same Again on Film: LEDs Hit the Streets of LA & NY « No Film School.

In a sense, every night exterior LA-shot film previous to this change is rendered a sort of anthropological artifact, an historical document of obsolete urban infrastructure.

Now I want to give Collateral another shot.

Who had light and who did not? What did different types of people do with their newfound hours? How did street lighting change public behavior? (Once drinkers could move safely between taverns, instead of perching on a single tavern stool all night … the streets became far rowdier; prostitutes previously confined to brothels could now sell their wares al fresco.) With increased mobility and safety, those who could afford lighting stayed up later. Sleeping in became a mark of prestige. Meanwhile, those who lived near the gasworks — never located in a city’s high-rent district — endured foul-smelling and dangerous emissions.

Up From Darkness – Book Review: “Brilliant: The Evolution of Artificial Light” by Jane Brox – NYTimes.com