I feel like this song was, for many American children, an introduction to Deep Thinking. Even at age 8 or 9 you heard this and thought something like, “There is some essential yearning and sadness and an essential sense of loss in life that we can’t escape, though many things are also beautiful and happy and the power of love and human connection is very real,” even if your mind didn’t yet have all these words in that order.

Steve Reich can talk a mile. The most amusing, Reich-splaining part of this interview is him talking about how, exactly, he was influenced by jazz.:

Yeah, sure, all jazz is improvisation. What I’m saying is what jazz is for me is yes, improvisation is a big part of it, I understand that and I’m just not a very good improviser and I’m not interested in improvisation at all, but I understand that it’s a very, very important part of music. What interests me in jazz is the feel of jazz, the tones of jazz, the gestures of jazz, the way John Coltrane sounds as opposed to some classical saxophone is like two different universes. I’ve had a tremendous influence where, when I was a kid I took piano lessons, but it wasn’t until the age of 14—when I was a kid before the age of 14 I never heard a note of music before 1750, I never heard a note of music after Wagner, and I never heard any real jazz, I heard you know, pop music and all kinds of Broadway shows and that kind of stuff. But at the age of 14 for the first time I heard the The Rite of Spring, the 5th Brandenburg Concerto, and Miles Davis, Charlie Parker, and the drummer Kenny Clarke and I decided I want to be Kenny Clarke and I started studying percussion at the age of 14. I studied with Roland Kohloff, who was the local great drummer and later became the timpanist with the New York Philharmonic, and I remained a drummer ever since. And so hence all the percussion in my group. And I went down to hear Miles Davis and Kenny Clarke and Thelonious Monk and Horace Silver and Art Blakey and the Jazz Messengers and all those groups started when I was 14 years old, on through high school, on through college when I got to Juilliard and continued doing it, and I started listening particularly to John Coltrane.

I got out to the West Coast and I was studying with Luciano Berio during the day, and every time he was in town I would go to hear John Coltrane at night. Now what was it I learned, improvisation? No, forget about it. What I learned was this: John Coltrane could play for half an hour on one harmony. Think of the album, or if you don’t think of it, go out and buy it or steal it whatever, called “Africa Brass”. Do you know it? “Africa Brass” is 17 minutes and it’s all on the low E of the double bass. So if you go to a jazz musician and say ‘hey man, what are the harmonic changes of “Africa Brass” – “This is E” “well what changes?”.”E for 17 minutes!” “Well that sounds strange, how are you going to play one harmony for 17 minutes?” Well I’ll tell you how: you have incredible melodic invention from Coltrane himself, who’s either playing gorgeous melodies or screaming noise through his horn, you have incredible timbral variety because he was working with another great jazz musician Eric Dolphy, who arranged all the brass in the “Africa Brass” and part of it was french horn, which sounded like elephants coming through the jungle. He also was working with Elvin Jones, who as you may know, is a drummer who sounds like he’s two or three or four drummers all at once. If you have rhythmic complexity, timbral variety and melodic invention, then you can stay put on a single harmony for half an hour, and it’s fascinating, it’s fantastic, it gives it more intensity because you’re focused on these other things. And in a funny way my piece “Drumming” doesn’t sound like “Africa Brass”. I didn’t even think about “Africa Brass”, but really it syncs the exact same way. There’s one slight change of key in the glock section, but basically it’s in six sharps for an hour. It doesn’t change. Because of the rhythmic complexity in the drums, the complete change of timbre into marimbas, and the rhythmic complexity and the melodic invention of the women’s voices and then the complete change of timbre into glockenspiel and the melodies in the flutes and piccolo and whistling, and then the complete change of timbre to all those instruments playing together you can listen to one key for an hour and enjoy it. So my interest in jazz is in gestures, the way Kenny Clarke could make an entire band sort of float in a magical way I never heard in any classical music, and the gesture of tones, the style of playing, THAT’S what I loved about jazz.

He also closes talking about his Radiohead piece and a great rant about artists getting expensed out of NYC. Filed under: Steve Reich.

An Interview With Steve Reich, Who Rewrote Radiohead

Brubeck liked to save money, didn’t smoke, and limited himself to one martini before dinner. (Paul Desmond, the quartet’s sax player, explained Brubeck’s experiments in hedonism this way: “Every five years or so, Dave makes a major breakthrough, like discovering room service.”) 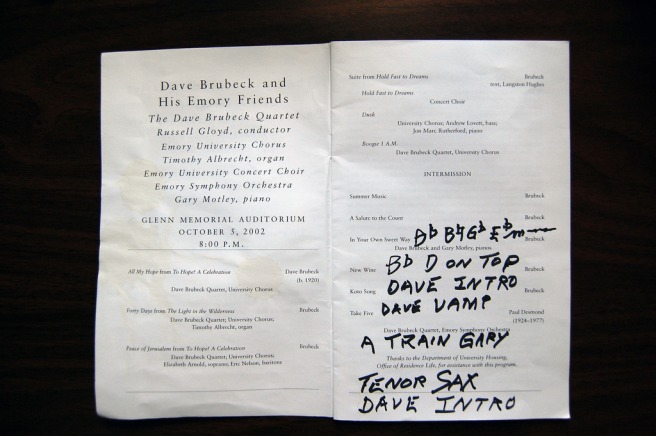 Dave Brubeck’s set list, October 5, 2002. When I was in college, I played percussion about 5 feet behind and to Dave’s left in this concert. He left his notes sitting on the piano after the show. So I took it. What a guy.

One of the great soundtracks. 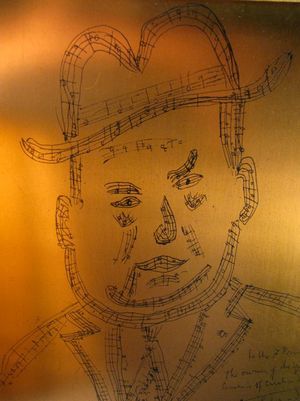 Self-portrait by Darius Milhaud, owned by Dave and Iola Brubeck. Great story at The Rest Is Noise: Milhaud comes home. Brubeck named his oldest son Darius, by the way.

Louis Armstrong – Mack The Knife – 1959. Remembered this when I was talking about Kurt Weill this afternoon. Great song. 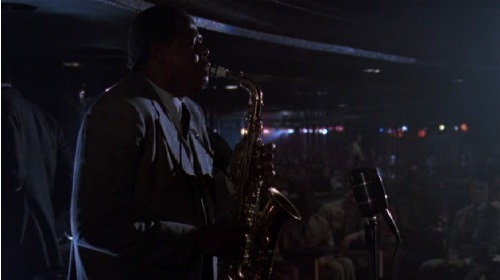 Bird. A pretty good Eastwood-directed biopic about Charlie Parker, though I’m not sure it’s that interesting for people who lack at least a mild enthusiasm for jazz. This is not a three-act story of redemption a la Ray or Walk the Line. This one seems more of a collage, cutting back and forth. It’s a blur, short of detail, but heavy on mood, aided in that most of the movie’s shots are so dark, murky, noir-ish. Parker–alcoholic, junkie–doesn’t seem a raging, violent, destructive artist, but one more burdened and resigned. I’ve got a new appreciation for Forest Whitaker now that I’ve seen him in a leading role. Makes me curious about The Last King of Scotland. Here’s a nice bit from Ebert’s review:

Two of the subtler themes running through much of Eastwood’s work – and especially the 14 films he has directed – are a love of music, and a fascination with characters who are lonely, heroic drifters. There is a connection between the Parker of “Bird” and the alcoholic guitar player in “Honkytonk Man.” They are both men who use music as a way of insisting they are alive and can feel joy, in the face of the daily depression and dread they draw around themselves. 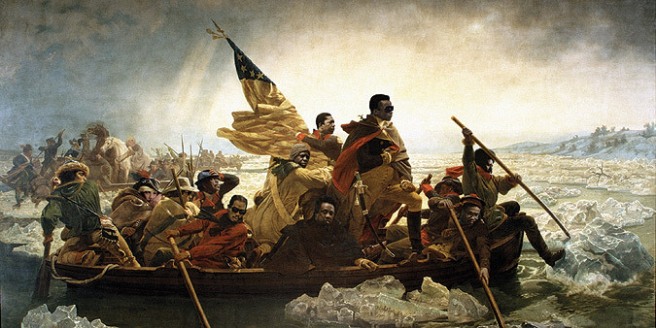 “Jazzcats Crossing the Hudson is an 1851 oil-on-canvas painting by German American artist Emanuel Gottlieb Leutze. It pre-emptively commemorates the arrival in New York City of jazz greats Miles Davis, John Coltrane, Sun Ra, Pharoah Sanders, Steve Kuhn and others. The painting is remarkable for the fact that it was created decades before the birth of any of these jazz artists.” 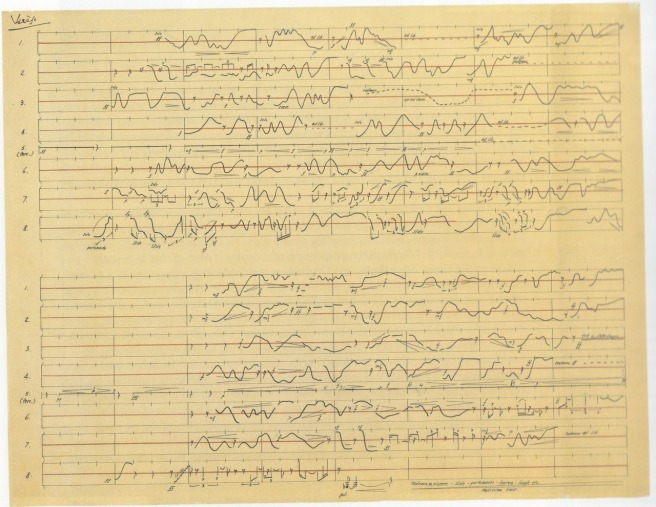 Edgard Varèse does jazz. Cf. the score for Poème électronique. Also, there’s a Varèse blog and I didn’t know?! 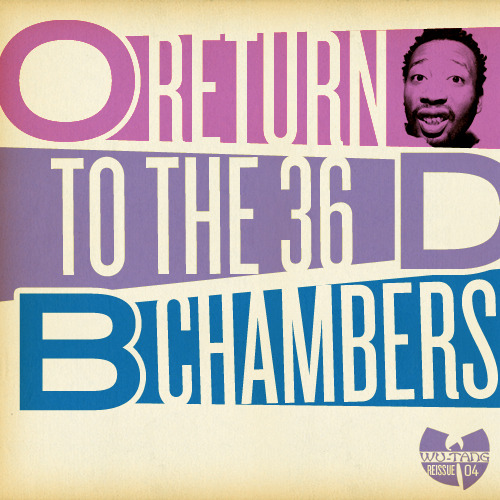 The Wu-Note Project, as if the Wu-Tang Clan had appeared on Blue Note Records.

Opening Credits to “Anatomy of a Murder”. Music by Duke Ellington.

Reading through the histories of both jazz and rock, I am struck again and again by the fact that although women and girls were the primary consumers of popular styles, the critics were consistently male–and, more specifically, that they tended to be the sort of men who collected and discussed music rather than dancing to it. Again, that is not necessarily a bad thing (some of my best friends…), but it is relevant when one is trying to understand why they loved the music they loved and hated the music they hated.

Another selection from How the Beatles Destroyed Rock ‘n’ Roll. Over the past year or so, I find I’m more and more reluctant to condemn music I don’t like, maybe partly because I’m more willing to dance than I used to be.
2009-08-112017-11-12 ~ Mark

Art Tatum goofs around with Dvorak’s Humoresque No. 7 in G flat major. Here’s a more traditional version. (via @danlevitin)

All these different kinds of fantastic music you hear today – course it’s all guitars now – used to hear that way back in the old sanctified churches where the sisters used to shout till their petticoats fell down. There ain’t nothing new. Old soup used over.

The primary source is the book Louis Armstrong: A Self Portrait, but I first read it yesterday in the excellent-so-far How the Beatles Destroyed Rock n Roll: An Alternative History of American Popular Music.
2009-06-252017-11-12 ~ Mark 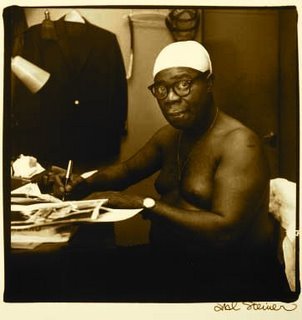 Louis Armstrong, takin’ care of business without a shirt. I wish I knew some background on this photo. 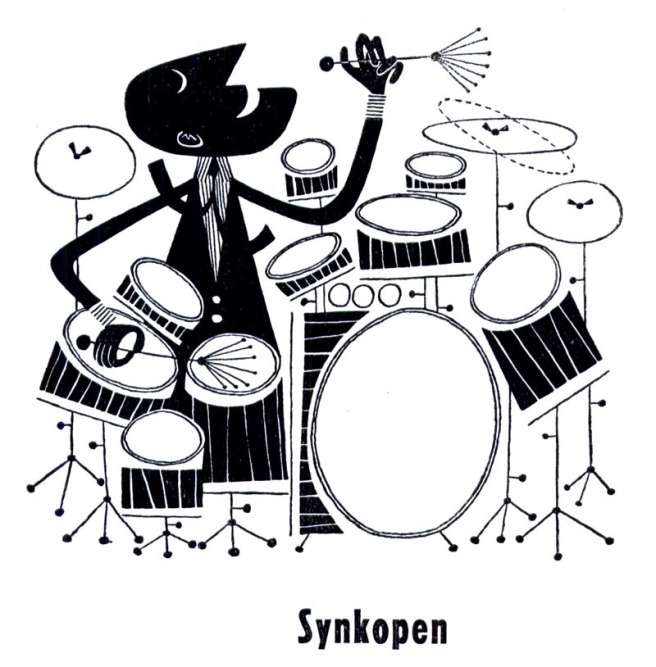 A favorite from Cliff Robert’s Book of Jazz. The St. Louis Blues is really nice, too. 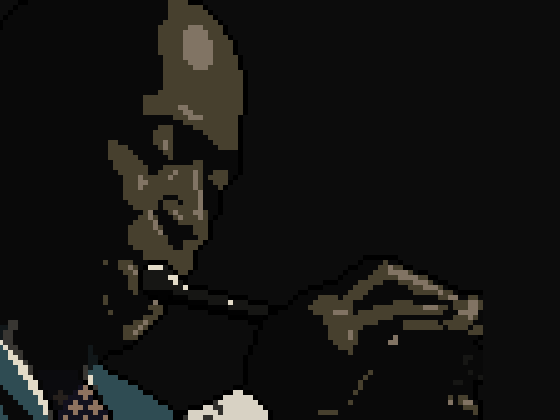 You don’t know how to play better just because you’ve suffered. The blues don’t come from picking cotton.

I’ve never read anything quite like Miles on Miles: Interviews and Encounters with Miles Davis. The book collects about four decades’ worth of his life, broken up across a couple dozen interviews that were published in small jazz magazines all the way up to big serials like Newsweek and Rolling Stone. Some were with notable music journalists, a few with overmatched college radio station DJs.

The interviews start up in the late 1950s, about 10 years after he got his start with Charlie Parker and Dizzy Gillespie, and a couple years after he kicked his heroin habit. The general consensus, even back then: he was bleeping brilliant, charismatic, deeply flawed. Behind the gruff, badass facade was a sensitive, needy man. As the book goes on, it’s cool to see how the different interviewers sum up the career to date, through the shifting bands, radical changes in style, divorces, illness, new addictions. At some points in his life, he’s gregarious, absurdly fit from boxing, full of ideas. Later, for several years, he pretty much didn’t do much aside from drugs, rarely even leaving his house.

You might have to like Miles to make it through his harangues. There weren’t a whole lot of brilliant comments or analysis of music. He usually avoided commenting on his own music, insistent that the past is dead, and I didn’t see a whole lot of criticism of other artists.

I usually don’t buy jazz records. They make me tired and depressed.

But I loved seeing how he phrased things, how he responds to similar questions over the years, and how he remembers and retells things differently. And there are occasional asides that I never would have expected:

I don’t know where I want to live. But the best time I ever had in my life, other than playing trumpet, was when I was out in the country riding horses.