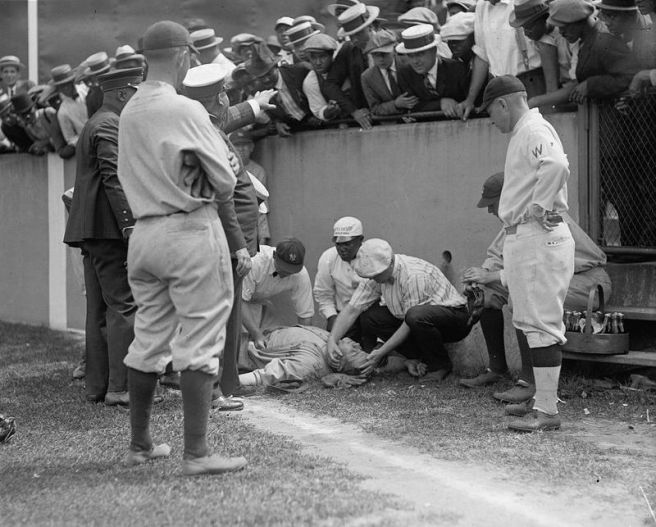 The Sultan of KO

July 5th, 1924. In a game against the Washington Senators, Babe Ruth was knocked unconscious when he collided with a concrete wall while chasing down a fly ball. Out cold for five minutes, Ruth was awakened by the Yankees trainer and insisted on staying in the game. Despite a bruised pelvic bone and most certainly battling post-concussion syndrome, Ruth hit a double in his next at-bat and went 3-for-4 the next day with two doubles and a home run. (Damn.)